SQL-Schema Statements provide maintenance of catalog objects for a schema -- tables, views and privileges. This subset of SQL is also called the Data Definition Language for SQL (SQL DDL).

A relational database contains a catalog that describes the various elements in the system. The catalog divides the database into sub-databases known as schemas. Within each schema are database objects -- tables, views and privileges.

The catalog itself is a set of tables with its own schema name - definition_schema. Tables in the catalog cannot be modified directly. They are modified indirectly with SQL-Schema statements.

The database table is the root structure in the relational model and in SQL. A table (called a relation in relational) consists of rows and columns. In relational, rows are called tuples and columns are called attributes. Tables are often displayed in a flat format, with columns arrayed horizontally and rows vertically: Database tables are a logical structure with no implied physical characteristics. Primary among the various logical tables is the base table. A base table is persistent and self contained, that is, all data is part of the table itself with no information dynamically derived from other tables.

A table has 0 or more rows. A row in a base table has a value or null for each column in the table. The rows in a table have no defined ordering and are not accessed positionally. A table row is accessed and identified by the values in its columns.

In SQL92, base tables can have duplicate rows (rows where each column has the same value or null). However, the relational model does not recognize tables with duplicate rows as valid base tables (relations). The relational model requires that each base table have a unique identifier, known as the Primary Key. The primary key for a table is a designated set of columns which have a unique value for each table row. For a discussion of Primary Keys, see Entity Integrity under CREATE TABLE below.

A base table is defined using the CREATE TABLE Statement. This statement places the table description in the catalog and initializes an internal entity for the actual representation of the base table.

The s table records suppliers. It has 3 defined columns: At the current time, there are 3 rows.

Other types of tables in the system are derived tables. SQL-Data statements use internally derived tables in computing results. A query is in fact a derived table. For instance, the query operator - Union, combines two derived tables to produce a third one. Much of the power of SQL comes from the fact that its higher level operations are performed on tables and produce a table as their result.

Derived tables are less constrained than base tables. Column names are not required and need not be unique. Derived tables may have duplicate rows. Views are a type of derived table that are cataloged in the database. See Views below.

A view is a derived table registered in the catalog. A view is defined using a SQL query. The view is dynamically derived, that is, its contents are materialized for each use. Views are added to the catalog with the CREATE VIEW Statement.

Once defined in the catalog, a view can substitute for a table in SQL-Data statements. A view name can be used instead of a base table name in the FROM clause of a SELECT statement. Views can also be the subject of a modification statement with some restrictions.

A SQL Modification Statement can operate on a view if it is an updatable view. An updatable view has the following restrictions on its defining query:

Subqueries are acceptable in updatable views but cannot reference the underlying base table for the view's FROM clause.

A DBMS user may access database objects (tables, columns, views) as allowed by the privileges assigned to that specific authorization identifier. Access privileges may be granted by the system (automatic) or by other users.

The column declaration can include optional column constraints. The declaration has the following general format:

column-name is the name of the column and must be unique among the columns of the table. data-type declares the type of the column. Data types are described below. column-constraints is an optional list of column constraints with no separators.

Constraint specifications add additional restrictions on the contents of the table. They are automatically enforced by the DBMS. The column constraints are: The table constraints are:

The integer types have default binary precision -- 15 for SMALLINT and 31 for INT, INTEGER.

Fixed point types have a decimal precision (total number of digits) and scale (which cannot exceed the precision). The default scale is 0. NUMERIC scales must be represented exactly. DECIMAL values can be stored internally with a larger scale (implementation defined).

TIME and TIMESTAMP allow an optional seconds fraction (scale). The default scale for TIME is 0, for TIMESTAMP 6. The optional WITH TIME ZONE specifier indicates that the timezone adjustment is stored with the value; if omitted, the current system timezone is assumed.

See below for a description of the interval-qualifier.

An interval qualifier defines the specific type of an interval value. The qualifier for an interval type declares the sub-fields that comprise the interval, the precision of the highest (left-most) sub-field and the scale of the SECOND sub-field (if any).

As mentioned earlier, the relational model requires that each base table have a Primary Key. SQL92, on the other hand, allows a table to created without a primary key. The advice here is to create all tables with primary keys.

A primary key is a constraint on the contents of a table. In relational terms, the primary key maintains Entity Integrity for the table. It constrains the table as follows,

Note: SQL92 does not require the second restriction on nulls in the primary key. However, it is required for a relational system.

Entity Integrity (Primary Keys) is enforced by the DBMS and ensures that every row has a proper unique identifier. The contents of any column in the table with Entity Integrity can be uniquely accessed with 3 pieces of information:

Foreign keys provide relationships between tables in the database. In relational, a foreign key in a table is a set of columns that reference the primary key of another table. For each row in the referencing table, the foreign key must match an existing primary key in the referenced table. The enforcement of this constraint is known as Referential Integrity.

The references-specification has the following format:

Contrary to the relational model, SQL92 allows foreign keys to reference any set of columns declared with the UNIQUE constraint in the referenced table (even when the table has a primary key). In this case, the referenced-columns list is required.

Example table constraint for referential integrity (for the sp table):

Creating the example tables: Create for sp with a constraint that the qty column can't be negative:

The CREATE VIEW statement creates a new database view. A view is effectively a SQL query stored in the catalog. The CREATE VIEW has the following general format: view-name is the name for the new view. column-list is an optional list of names for the columns of the view, comma separated. query-1 is any SELECT statement without an ORDER BY clause. The optional WITH CHECK OPTION clause is a constraint on updatable views.

The optional WITH CHECK OPTION clause only applies to updatable views. It affects SQL INSERT and UPDATE statements. If WITH CHECK OPTION is specified, the WHERE predicate for query-1 must evaluate to true for the added row or the changed row.

The DROP TABLE Statement removes a previously created table and its description from the catalog. It has the following general format: table-name is the name of an existing base table in the current schema. The CASCADE and RESTRICT specifiers define the disposition of other objects dependent on the table. A base table may have two types of dependencies: RESTRICT specifies that the table not be dropped if any dependencies exist. If dependencies are found, an error is returned and the table isn't dropped.

CASCADE specifies that any dependencies are removed before the drop is performed:

The DROP VIEW Statement removes a previously created view and its description from the catalog. It has the following general format: view-name is the name of an existing view in the current schema. The CASCADE and RESTRICT specifiers define the disposition of other objects dependent on the view. A view may have two types of dependencies: RESTRICT specifies that the view not be dropped if any dependencies exist. If dependencies are found, an error is returned and the view isn't dropped.

CASCADE specifies that any dependencies are removed before the drop is performed:

The GRANT statement grants each privilege in privilege-list for each object (table) in object-list to each user in user-list. In general, the access privileges apply to all columns in the table or view, but it is possible to specify a column list with the UPDATE privilege specifier:

If the optional column list is specified, UPDATE privileges are granted for those columns only.

The user-list may specify PUBLIC. This is a general grant, applying to all users (and future users) in the catalog.

Privileges granted are revoked with the REVOKE Statement.

The user-list may specify PUBLIC. This must apply to a previous GRANT TO PUBLIC. 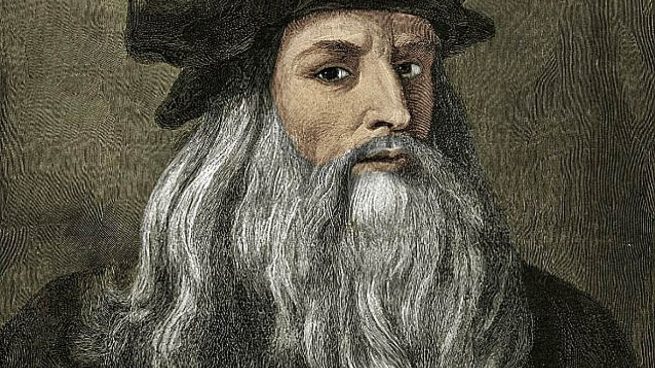